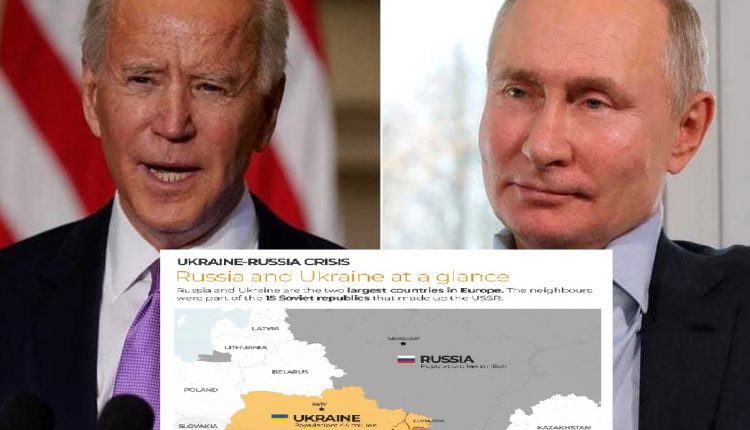 Harvard economist Jason Furman said Russia’s economy is ‘unimportant’ except for its gas resources, The New York Times reported.
His comments come as the US claims that a Russian invasion of Ukrane is imminent and may take place on Wednesday.
US and Europe threaten heavy sanctions on Russia if it invades Ukraine.
But there are concerns that their plans to punish Moscow will penalize the rest of the world too, especially Germany.
Why is the Biden administration raising the escalation to a level that makes Russia feel an existential threat to its security by having Ukraine join NATO?
Why is the US raising the prospect of real war when it has no intentions of sending its own troops?
Does it wish to undo the serious damage its image and standing in the world it suffered in its shambolic Afghanistan withdrawal?
Or is it because the US has new high-tech weapons it wants and needs to test in a real war?

Russia’s economy is “incredibly unimportant in the global economy except for oil and gas,” Jason Furman, Harvard economist and ex-adviser to former President Barack Obama, told The New York Times.

His comments come as the West prepares heavy sanctions on Russia if it invades Ukraine. While they have the potential to throw the entire Russian economy into chaos, these measures could also reverberate to further damage the US, Europe, and the rest of the world as they battle inflation and rising energy prices — a ripple effect that the West hopes to mitigate.

On Monday, and in response to US and EU pressure, Moscow declared the independence of two breakaway regions of Ukraine and sent troops there — escalating the prospect of a major war. President Joe Biden has already ordered sanctions on the separatist regions — Donetsk and Luhansk — prohibiting US citizens from engaging in any exports, imports, or new investments in these areas.

But as Furman notes, Russia’s oil and gas exports are significant to the world.

Compounded with energy prices in the EU surging in price from 20 euros to 180 euros a megawatt-hour over the last year, the disappearance of those gas and oil imports could spell disaster for the region and the interconnected global economy. Meanwhile, in the US, gas prices have hit a seven-year high, climbing to around $3.50 per gallon, while inflation burgeons at its highest rate in 40 years, at 7.5%.

On the other hand, Ukraine has also been a major supplier of grain to other regions, sending 40% of its wheat and corn exports to the Middle East and Africa, The Times reported.

In response to a potential food crisis in those regions, US Secretary of Agriculture Tom Vilsack said on Saturday that American farmers would increase production and “step in and help our partners,” the Associated Press reported.

Ukraine accounts for 12% of the entire world’s grain exports and is estimated to provide 16% of global corn exports this year, the AP reported. Vilsack told the outlet he believed that American consumers would largely be unaffected, but Europeans would face “a different story.”

“You have to look at the backdrop against which this is coming,” Gregory Daco, chief economist for consulting firm EY-Parthenon, told The Times. “There is high inflation, strained supply chains and uncertainty about what central banks are going to do and how insistent price rises are.”

With all this factored in, why is the US creating the Ukraine crisis?

Why is the Biden administration raising the escalation to a level that makes Russia feel an existential threat to its security by having Ukraine join NATO?
Why is the US raising the prospect of real war when it has no intentions of sending its own troops?
Does it wish to undo the serious damage its image and standing in the world it suffered in its shambolic Afghanistan withdrawal?
It is because the US have new high-tech weapons it wants and needs to test in a real war?

Damaged US Standing Confirmed After Shambolic Afghanistan Exit | “US No Longer A Superpower – Just a Big Power” UK Defence Secretary.